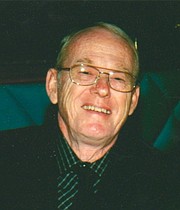 Mr. Kimball was born May 9, 1941, in Hawthorne, Calif., to William Liston and Anita Rose (Gerstenfield) Kimball. After he graduated from Wyandotte High School, he enlisted in the U.S. Navy. While in the Navy he went on several tours in the Mediterranean. Following his time in the service he moved to Titusville, Fla., where he met Jane Ellen Huddleston. They were married May 27, 1967. In 1968 they moved to Kansas City, Kan. He was employed with TWA and American Airlines for more than 40 years. Fred was a member of the IAM and the IWU Local 530.

Online condolences may be expressed at www.amosfamily.com. (arr. The Amos Family Chapel of Shawnee, 913-631-5566)