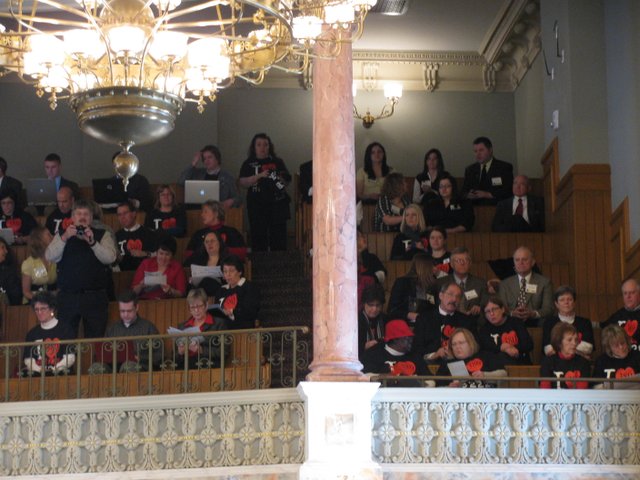 Supporters of statewide smoking ban sport T-shirts with message to vote for the bill. They were seated in the House gallery in February as the House debated the measure. The bill has since been signed into law.

Gov. Mark Parkinson’s signing into law a statewide smoking ban has been stirring some controversy among business owners throughout the area.