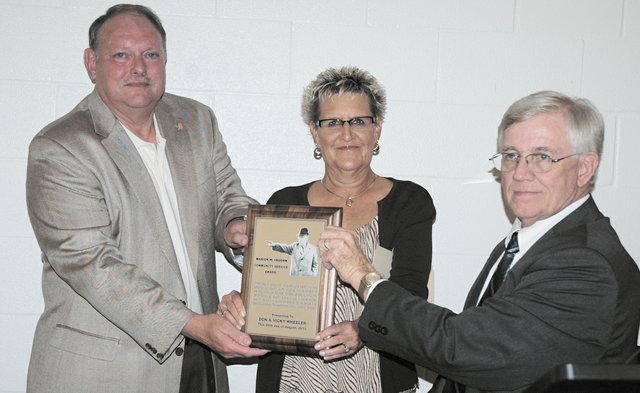 Don and Vicky Wheeler (left) are recipients of the Marion Vaughn Community Service Award, which they received Thursday from Mayor Clause Smith during the annual Mayor’s Banquet.

Despite an economy that had produced lowered property valuations and other financial challenges, Bonner Springs is holding its own, Mayor Clausie Smith says.