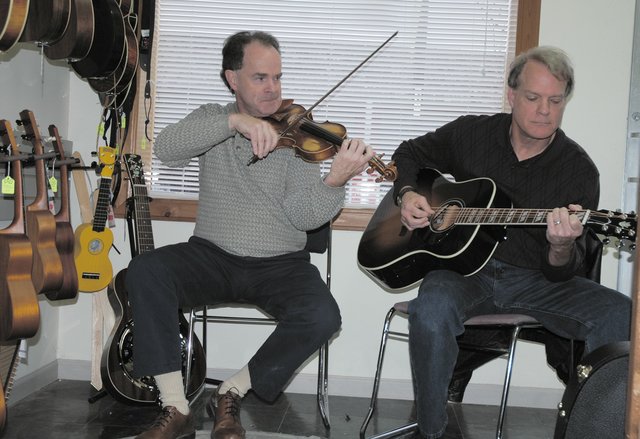 Pat Ireland (left), Mission, and boyhood friend Kevin Sanders, Basehor, have parlayed their friendship and love of music into years together as bandmates. They produced a Christmas album in 2009 and continue to play with their band, The Rhythmia.

It may have been baseball over which they first bonded, but it was bands like The Beatles that solidified a friendship and musical relationship that has spanned almost five decades.