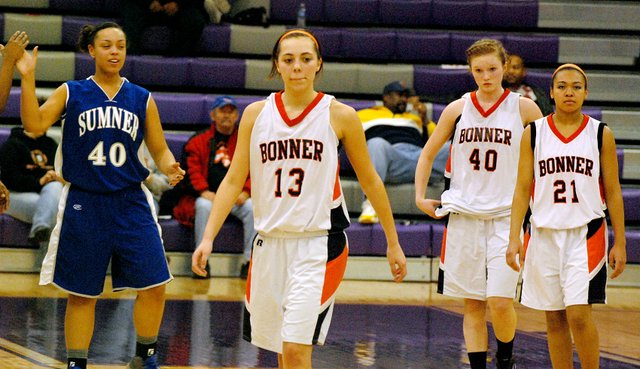 Bonner Springs senior Erica Smith (13) leaves the court for the last time after the Braves lost to Sumner Academy in the Class 4A substate semifinals. Smith played varsity basketball for four years at BSHS and was a part of 29 wins. More than half of them came during a senior campaign where she led the Braves to a 15-6 record.

Wristen: After three years of frustration, Braves’ Smith goes out a winner

Sumner pulls away from Bonner Springs in fourth quarter