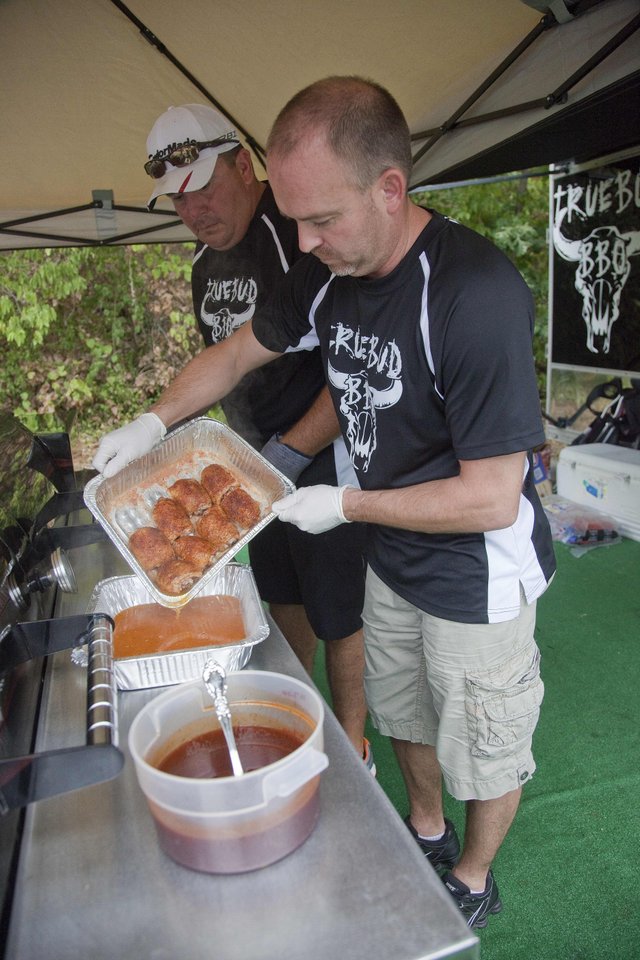 Truebud BBQ pitmaster Tim Grant, Tonganoxie, with help from Boyd Abts of Eudora, prepares chicken for the judges during the Smokin' on Oak barbecue competition Aug. 25, 2012, in Bonner Springs. Truebud is one of the top barbecue teams in the country right now, hanging in the top 10 of the Kansas City Barbeque Society's Team of the Year points chase.

Tonganoxie resident's barbecue team coming to a TV near you

Truebud BBQ teammates Tim Grant of Tonganoxie and Boyd Abts of Eudora announced this week they’ll be one of three Kansas City area teams appearing on Season 4 of BBQ Pitmasters.

For Truebud BBQ team members, meticulousness is as much their signature as their secret rib seasoning, and it’s helped propel them to the elite ranks of the country’s top competition barbecue teams.