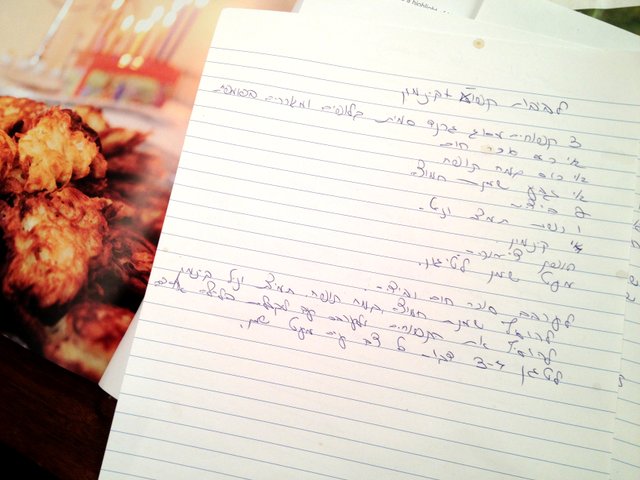 Ariela Unz, who moved to Kansas from Israel, has a number of her latke recipes written in Hebrew. This one is for Apple Cinnamon Latkes, one of the recipes she often makes for her family during Hanukkah.

Decadent treats are common fare for many holiday celebrations. In Jewish culture there’s a religious reason behind this — at least during Hanukkah.