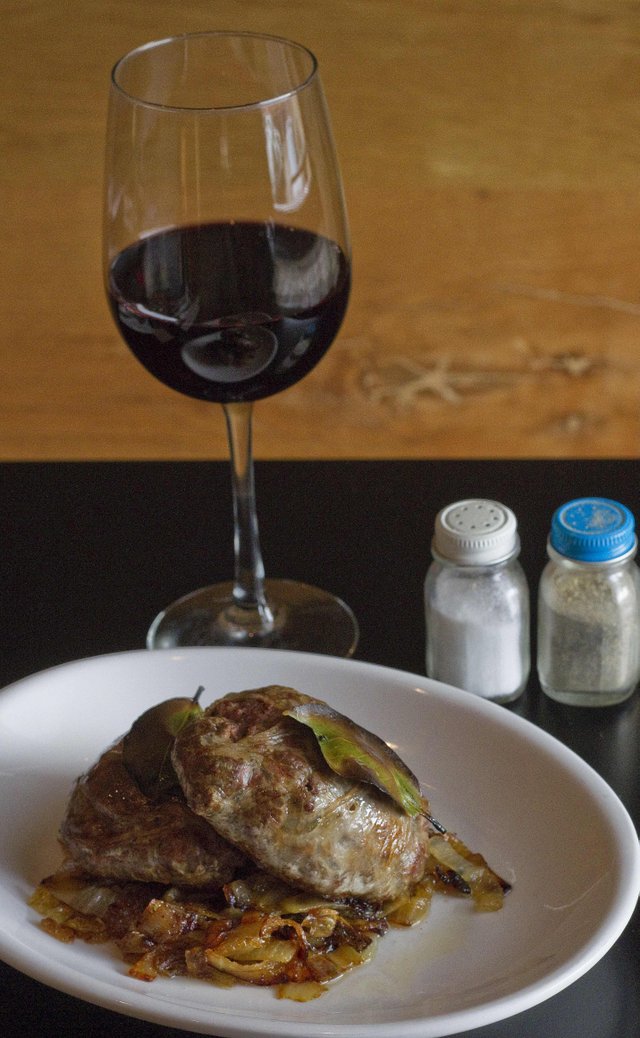 The fegalo appetizer is an occasional special at 715, 715 Mass. The dish, served atop caramelized onions, features Italian-style pork liver sausage wrapped in caul fat and garnished with a laurel leaf. Chef Michael Beard suggests pairing the strong-flavored meat with with Sangiovese or Chianti.