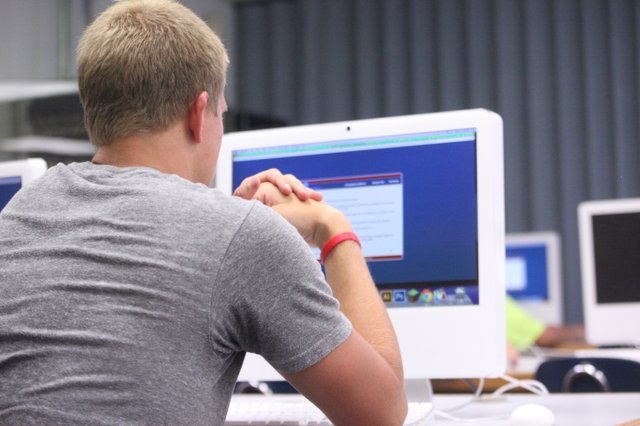 BLHS senior Tim Sanders prepares to take an ImPACT test to establish a neurocognitive baseline before the 2013 football season. The baseline would be used in the event a student-athlete suffers a head injury, in which case their cognitive skills are tested against the baseline.

In its second year at BLHS, the ImPACT Concussion Management Model is the latest tool being used to try to avoid returning concussed athletes prematurely and thus avoiding the risk of them sustaining long-term brain damage.