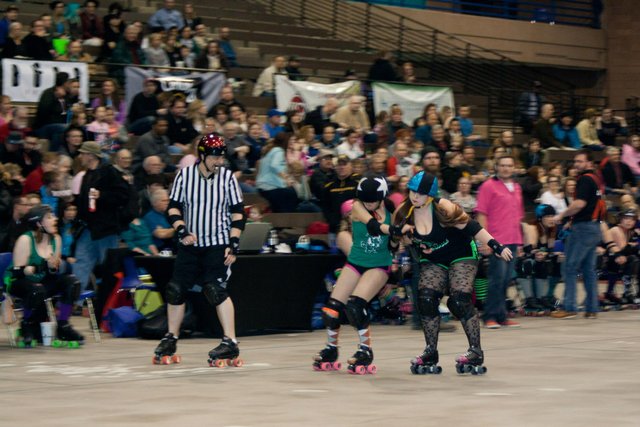 Matt Gurley, left, skates along beside derby players Liz Burns and Morgan Cartwright. Now in his third year as a roller derby referee, Gurley originally took up the activity for exercise.

As a pack of girls crash and bash while skating their way around the track, rolling right next to them in black and white stripes is rule-keeper MT Threat – otherwise known as Bonner Springs’ Matt Gurley.