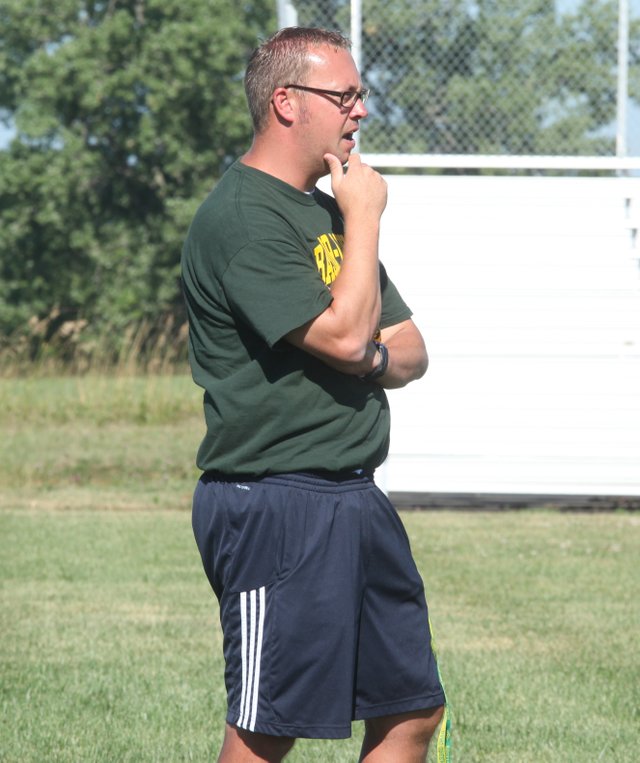 New BLHS soccer coach Erik Jones looks on as the girls soccer team practices during the final day of a weeklong team camp on July 19.

Friday marked the end of a weeklong girls camp, held each morning on the school’s soccer field. As the football team squeezed in its own final practice up the hill — July 19 was the final day Kansas coaches could spend with student-athletes before fall classes begin — Jones looked on as about a dozen girls participated in scrimmages and shooting drills.