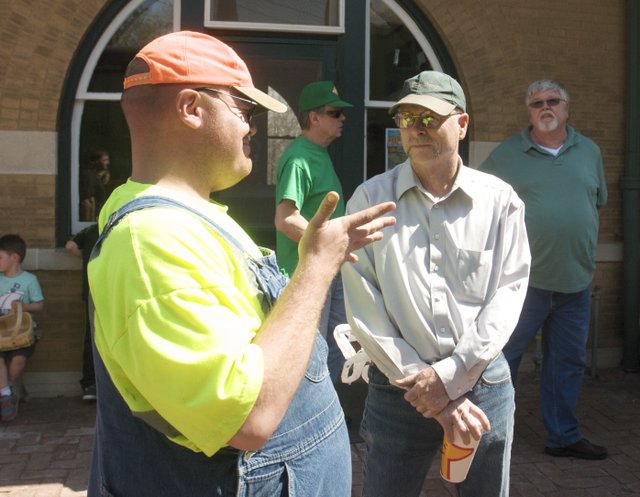 Midland Railway volunteer Mike Beem, left, explains a point about the excursion line to Lex Price, who traveled Saturday from Emporia with family to ride on Easter egg train.