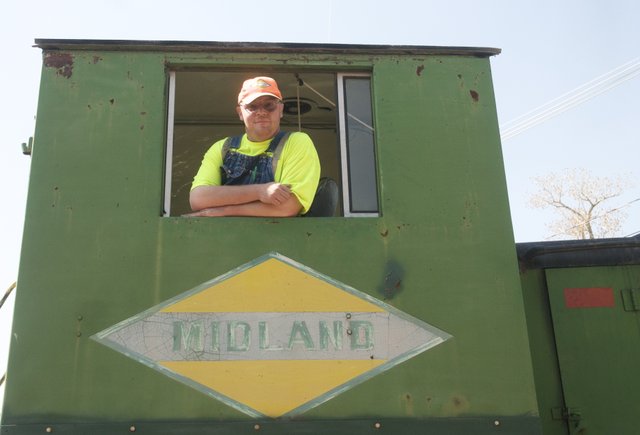 Midland Railway volunteer Mike Beem leans out the window of a locomotive Saturday before the trained departed again for a Easter egg hunt at Norwood Station.