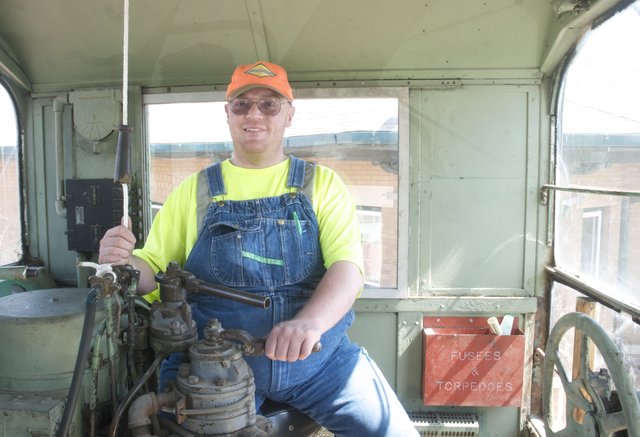 Mike Beem sits at the controls of one of two Midland Railway locomotives in use Saturday. A lifelong train fanatic, Beem took a course at Johnson County Community College to add engineer to the list of volunteer jobs he performs at the Baldwin City excursion line.