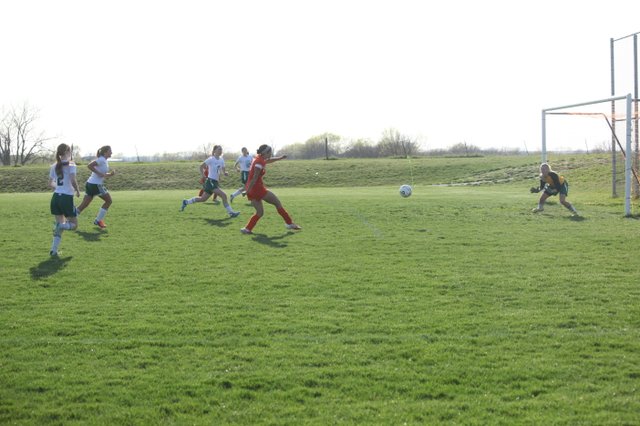 Bonner Springs’ Julianne Jackson scores on a shot from nine yards out in the first half. The shot would be tipped by Basehor-Linwood keeper Brianne Kennedy, ricochet off the post and back off Kennedy before going over the goal line. Jackson would score three more goals, all coming in the second half.

The Bonner Springs High soccer team shutout rival Basehor-Linwood High 5-0 on Tuesday evening on the back of Julianne Jackson, who netted four goals.