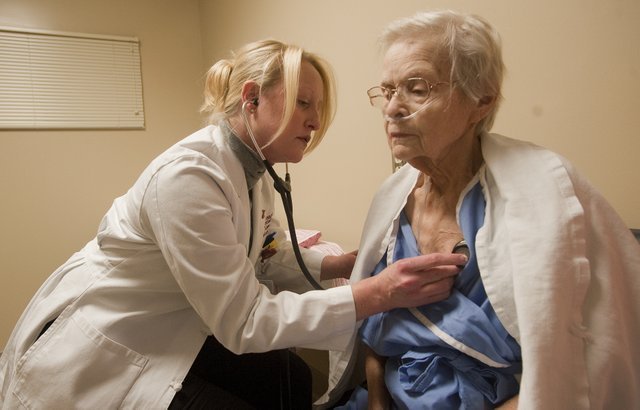 Lawrence Memorial Hospital cardiologist Elizabeth Guastello listens to the heart of patient Carole Klopp, of Lawrence, on Wednesday. Guastello, who started at the hospital in September, has been trying to raise awareness about women's heart health with the help of colleague Christina Salazar.

Jodi Jackson was only 42 years old when she suffered a widow-maker. The type of heart attack got that name due to its high mortality rate, but also because heart disease has long been assumed to be a man's problem. The Eudora woman wants to change that.