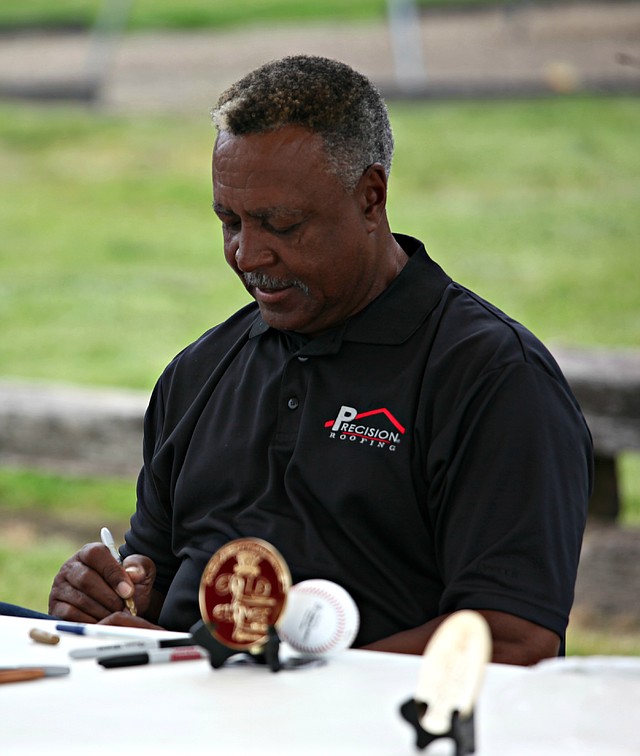 Frank White is no stranger to gold. He did, after all, win eight Gold Gloves during his days as the starting second baseman for the Kansas City Royals. But that color took on a completely different meaning on Friday afternoon at Edwardsville City Park, where White he donated his time to a charity autograph signing.