Back to photo galleries

On Monday, 14 Bonner Springs High athletes were recognized for committing to play at the next level once they graduate in May. There were 11 football players, two girls soccer players and one boys runner. 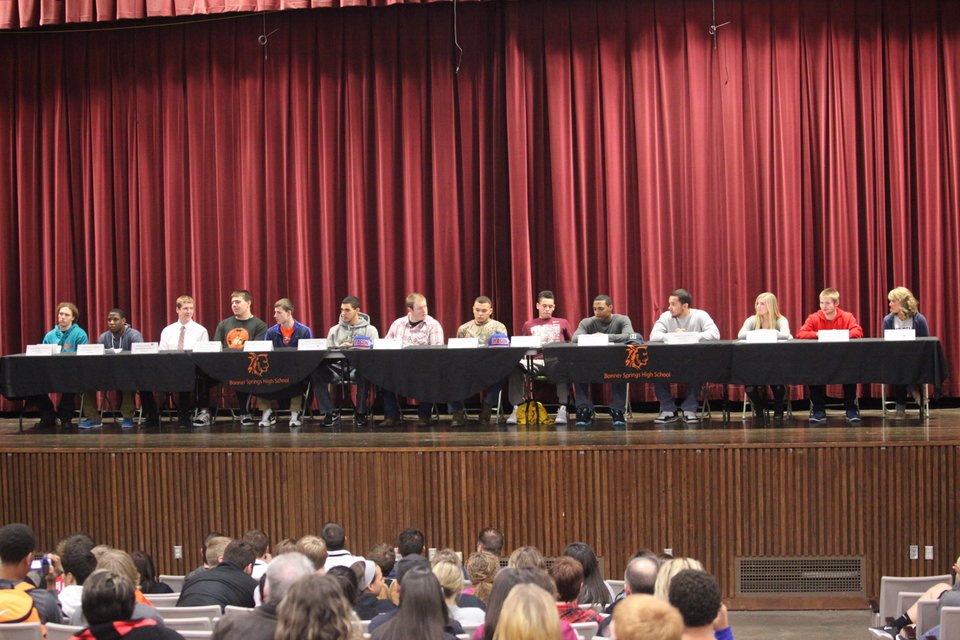 On Monday, Bonner Springs High honored 14 seniors that will continue their playing career at ... 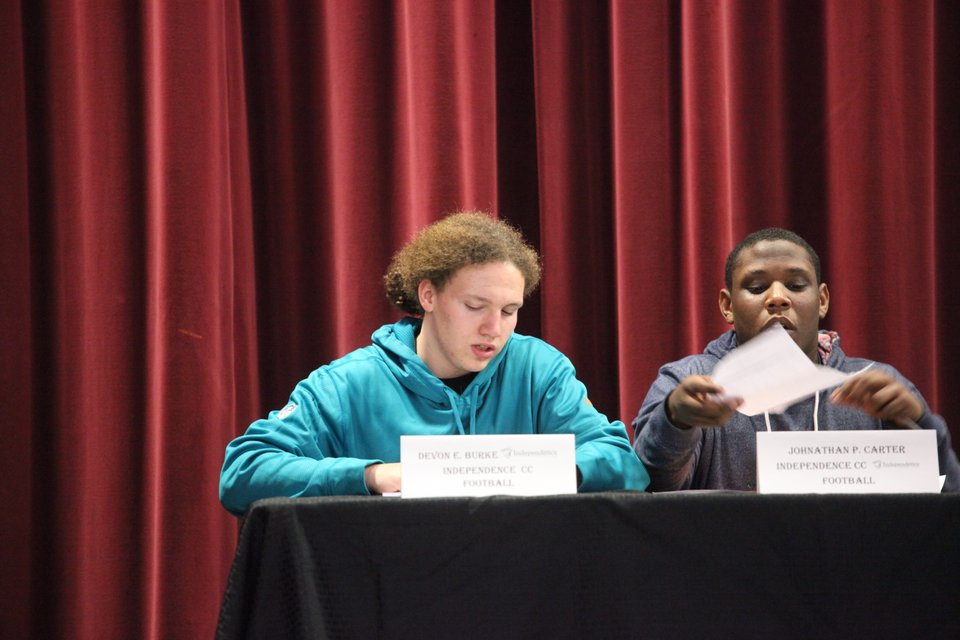 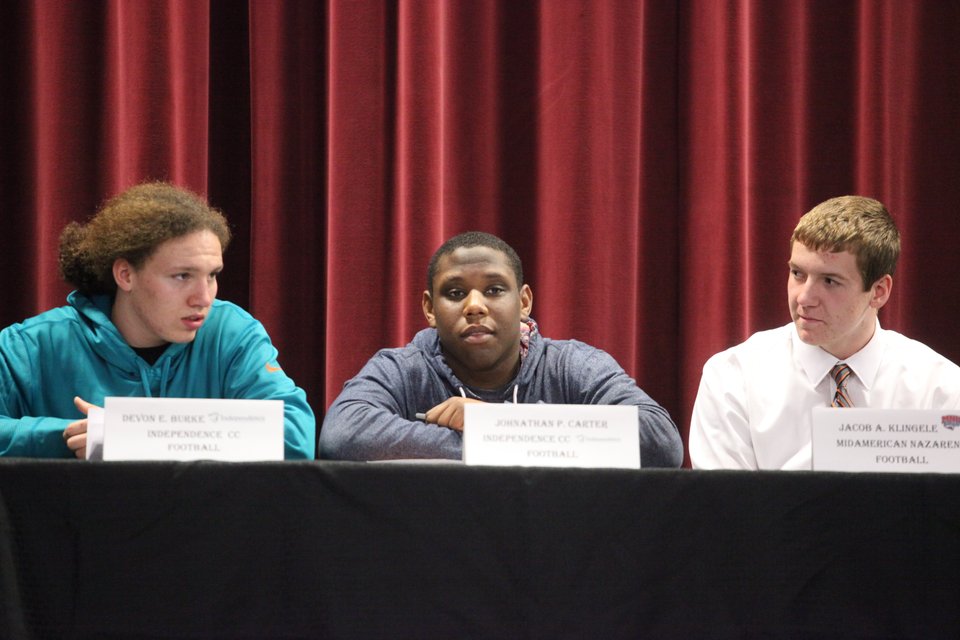 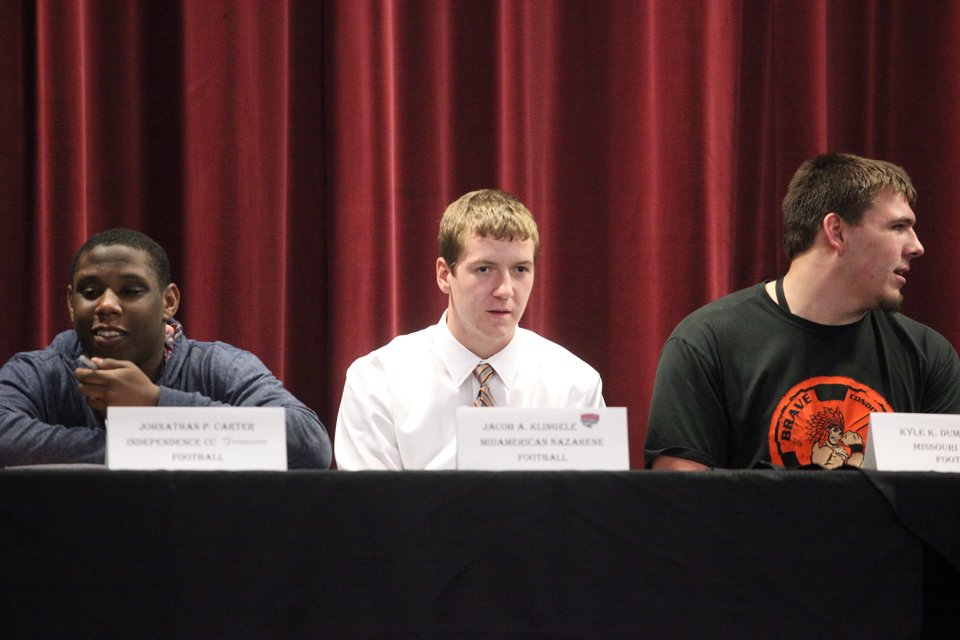 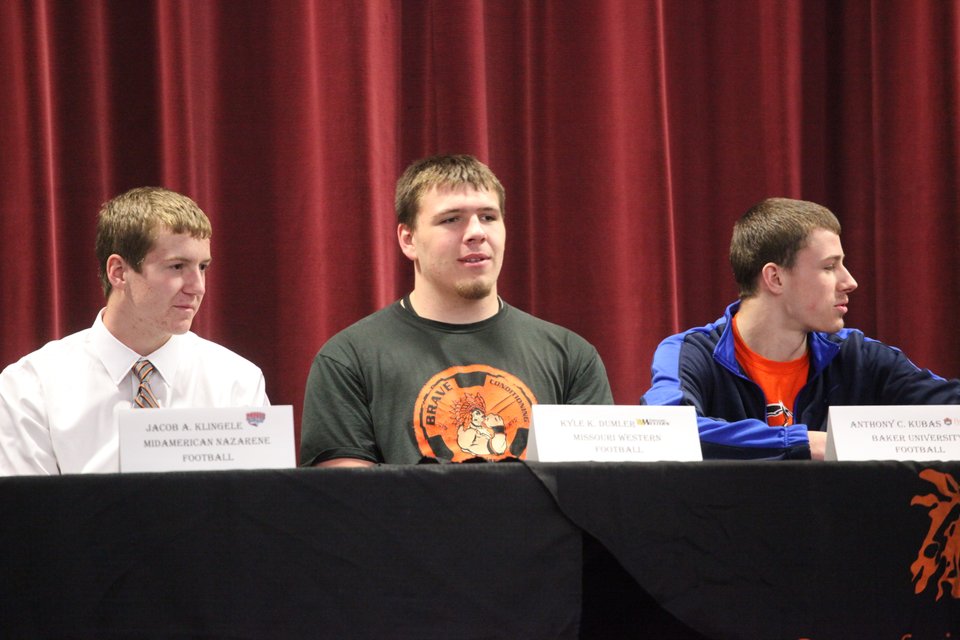 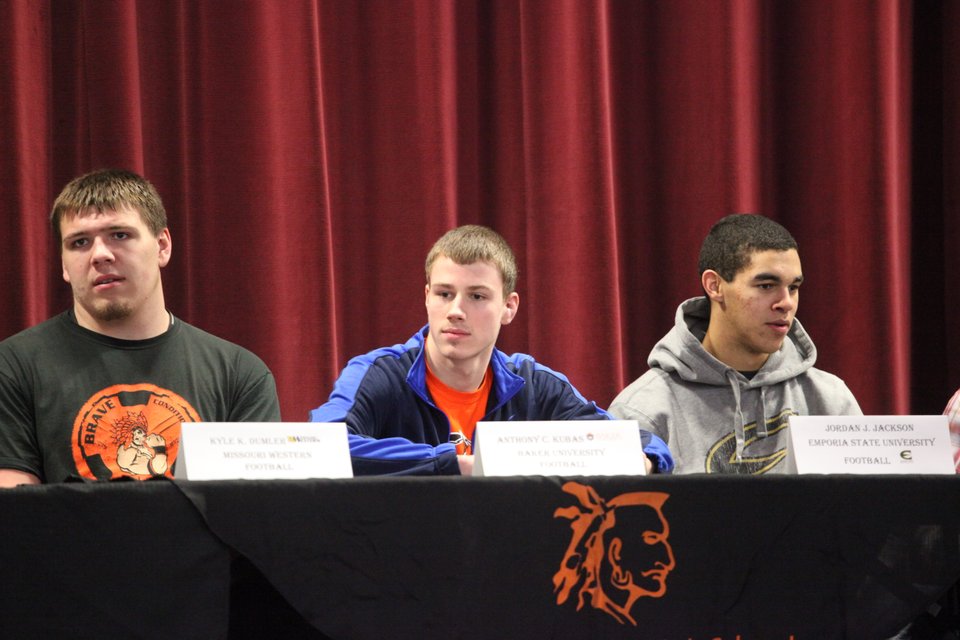 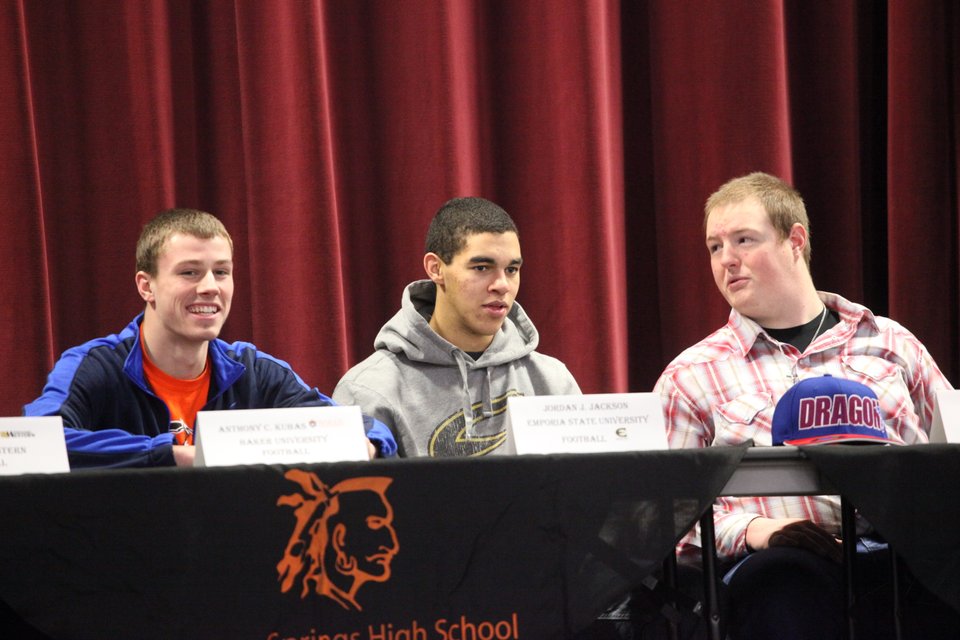 Jordan Jackson, middle, will continue his football career at Emporia State University. Jackson was a ... 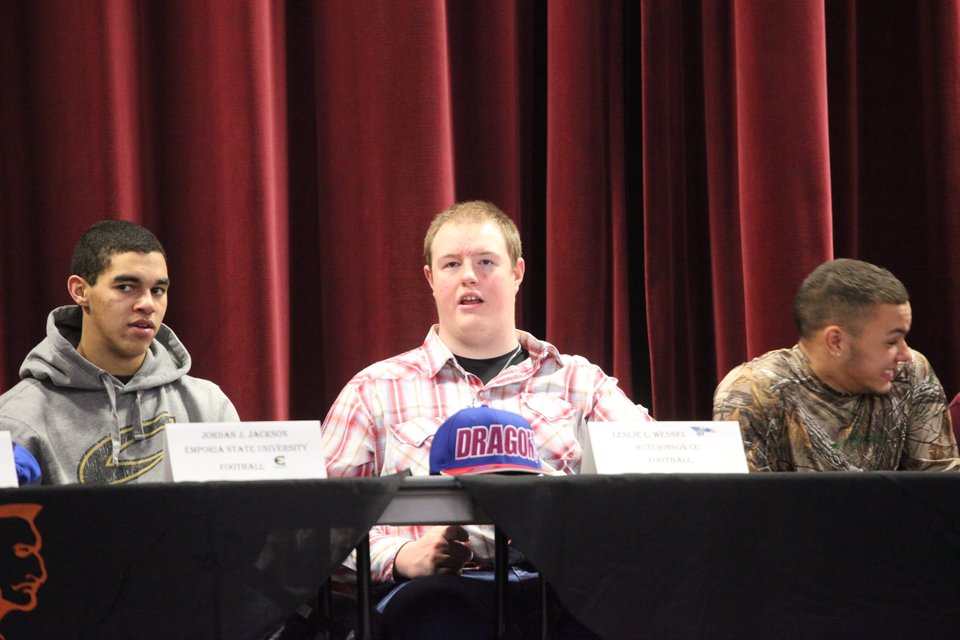 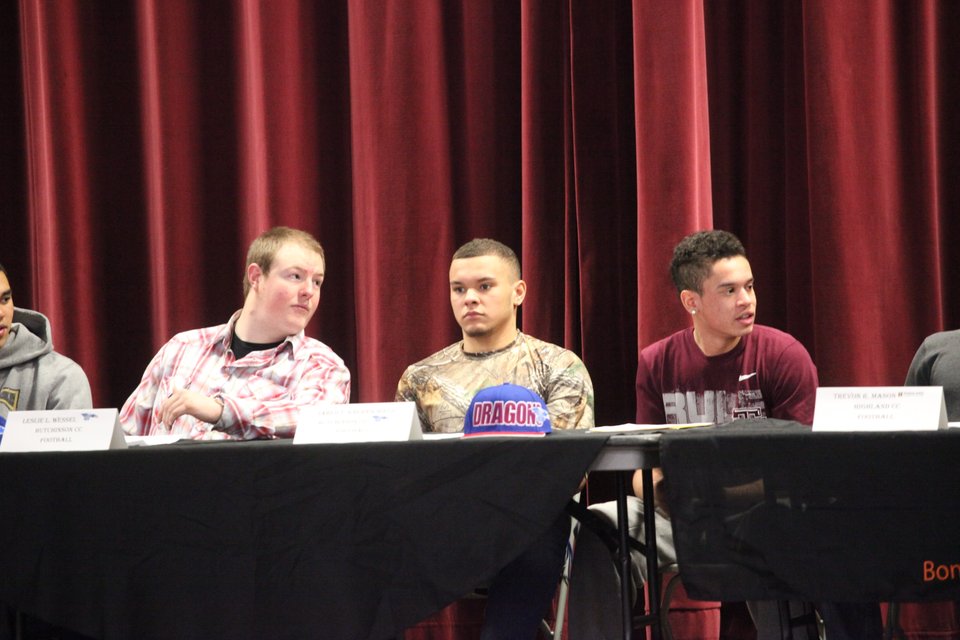 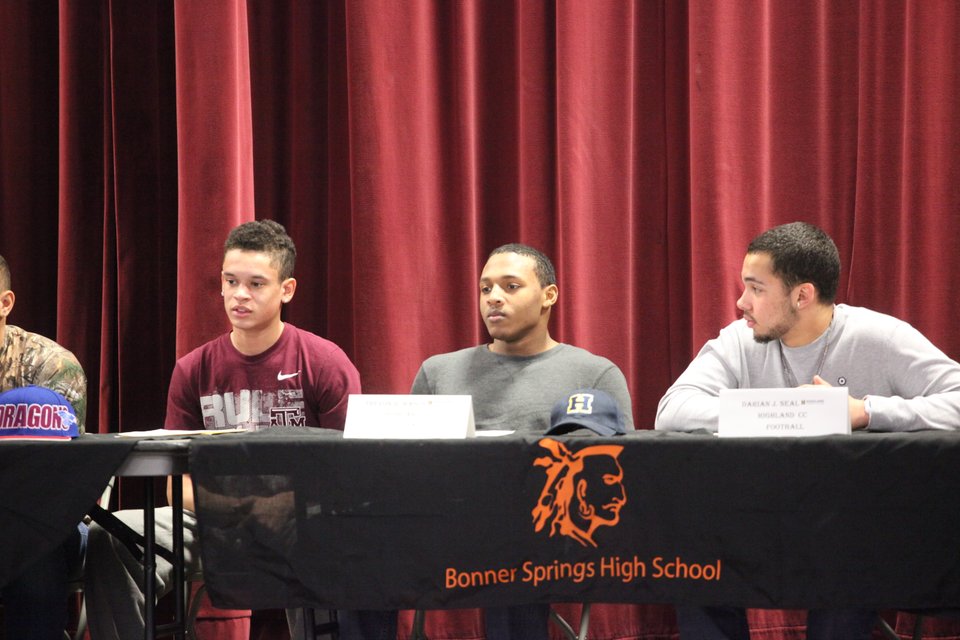 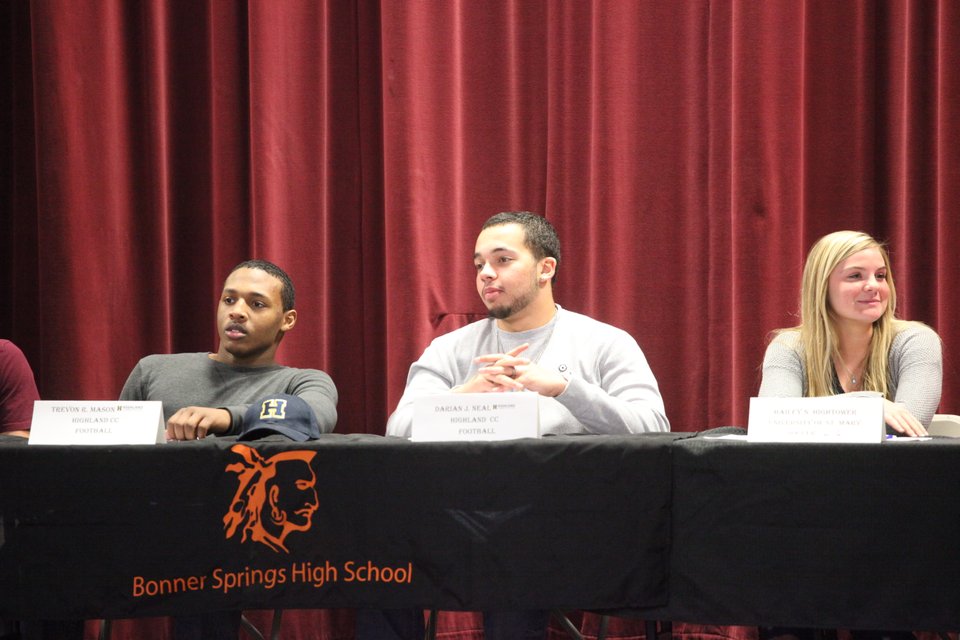 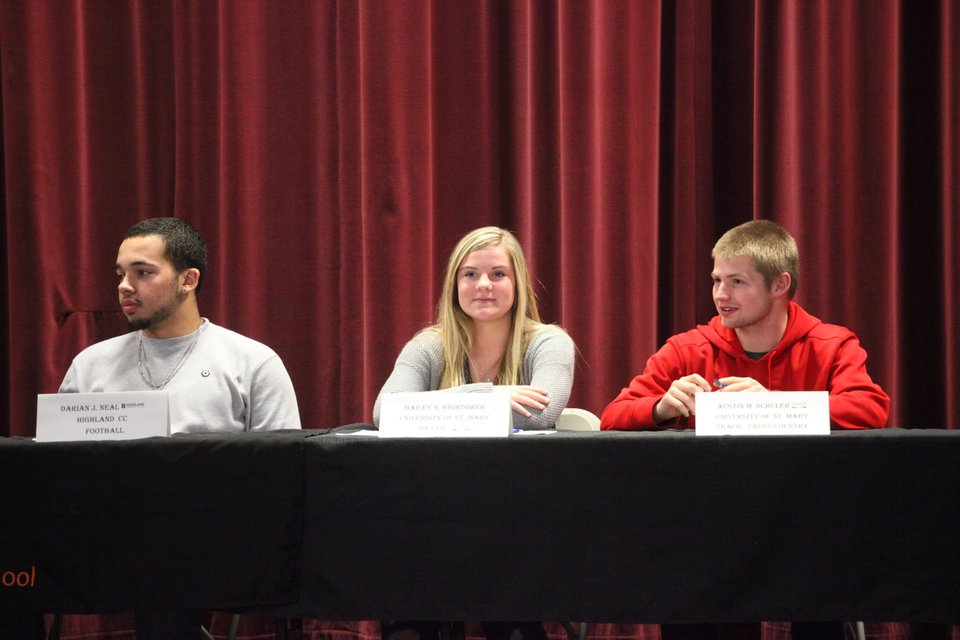 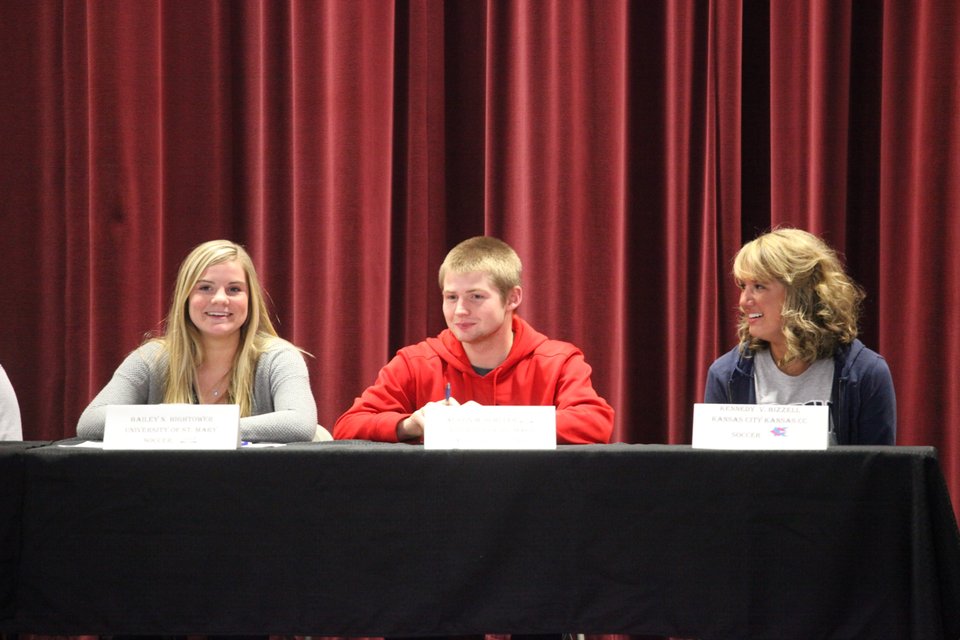 Austin Schuler, middle, will run cross country and track at St. Mary's University. He will ... 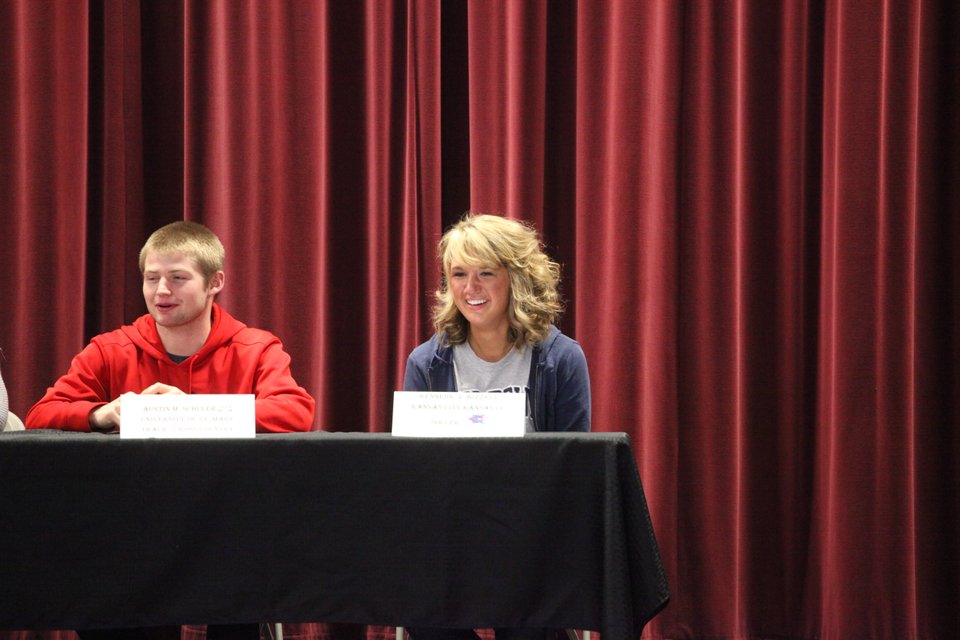