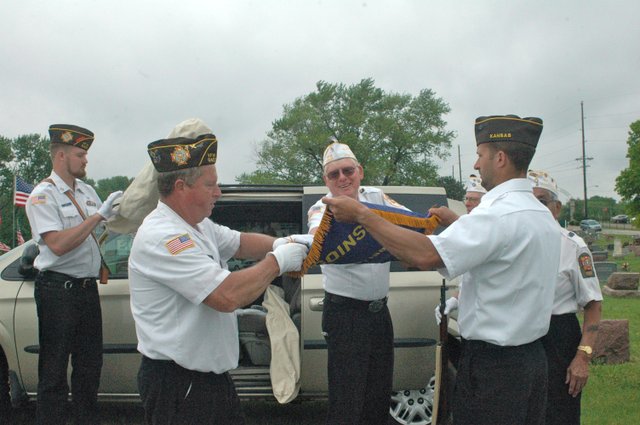 The Basehor VFW presented the colors, performed a 21-gun salute and remembered the veterans and those who died in military service with the traditional playing of the taps. The tradition is one the VFW, like many others, performs throughout the year. But, also like many other VFWs, the Basehor VFW is always looking for new ways to recruit and fundraise due to an aging population of members and tight budgets.

You are at the last photo