Stephen Montemayor is community sports editor for The World Company's weekly newspapers and websites in Northeast Kansas. Stephen previously worked as a reporter and photographer for The Shawnee Dispatch. Prior to joining the company, Stephen served as editor-in-chief, sports editor and a reporter during five semesters with The University Daily Kansan at Kansas University. You can follow Stephen on Twitter at @smontemayor.

50-year-old man dead after motorcycle crash in Reno Township
By Stephen Montemayor
May 21, 2014
Officials are investigating a single-vehicle motorcycle crash in Reno Township that killed a 50-year-old man Wednesday morning, according to the Leavenworth County Sheriff’s Office.
Kansas Turnpike fatal crash truck driver asleep at wheel, manager says
By Stephen Montemayor
April 2, 2014
The 30-year-old Aurora, Colo., man who died when his tractor-trailer crashed into a Kansas Turnpike toll plaza early Saturday morning appeared to be asleep in photos taken just before the crash, his manager said Tuesday from California.
Fall sports preview: High expectations in large supply at BLHS
By Stephen Montemayor
September 4, 2013
With fall sports in full swing, it’s time to take a look at what to expect from Basehor-Linwood’s fall sports programs this year.
Fall sports preview: BSHS teams waste no time with opening wins
By Stephen Montemayor
September 4, 2013
A packed fall sports slate figures to feature state tournament contenders in cross-country, a second-year volleyball coach in Jan Madlock who possesses high expectations in 2013 and a boys soccer team that has wasted no time notching its first win of the year. Here’s a look at what’s ahead for BSHS fall sports this season.
Management of head injuries evolves as athletic departments adopt new procedures
By Stephen Montemayor
August 27, 2013
In its second year at BLHS, the ImPACT Concussion Management Model is the latest tool being used to try to avoid returning concussed athletes prematurely and thus avoiding the risk of them sustaining long-term brain damage.
End of an era as Bonner Springs seniors seek final football playoff push
By Stephen Montemayor
August 27, 2013
Jackson, now a senior, enters his third season as starter and he’ll again be looked at to carry much of the load — in 2012, he represented more than 77 percent of the Braves’ total offensive yardage and more than 85 percent of their touchdowns. This year, meanwhile, the Braves return as many skill position athletes as any team in the league. Senior Jared Knershield is back at running back after an injury-plagued junior season, as is sophomore Marcel Holmes and junior Brian Lanning.
Bobcats bear down on defense, expect to fly under radar in 2013
By Stephen Montemayor
August 27, 2013
After going 27-4 from 2009 to 2011, BLHS fell to 4-5 in 2012, missing out on the playoffs after a tough 18-11 loss to Tonganoxie. This year, the Bobcats must replace much of what was left of a stripped-down 2012 offense.
Turnover at Mill Valley spices up Kaw Valley League football title race
By Stephen Montemayor
August 26, 2013
For the second straight season, the previous year’s Kaw Valley League champions begin their defense of the league crown minus several key offensive stars, including a prolific quarterback.
KU coach Weis praises BLHS grad Ben Johnson
By Stephen Montemayor
August 13, 2013
In Weis’ first press conference of preseason camp, the second-year KU coach said Johnson turned in the best summer among any of the Jayhawks’ newcomers.
Running to remember: BSHS senior tests own limits to benefit lung disease fund
By Stephen Montemayor
12:06 p.m., August 13, 2013 Updated 08:02 p.m.
Austin Schuler’s lungs told him to slow down, that he started too fast at first. Unaccustomed to running up to 27 miles at a time, Schuler embarked on the Prairie Spirit Rail Trail’s start in Ottawa intending to run that distance four consecutive mornings. 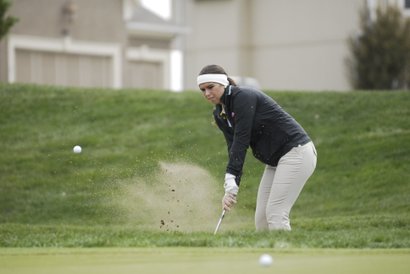 Candice Jennings and the BLHS girls golf team opened its season last week with a pair of tournaments. Jennings is one of several multisport student-athletes competing on the Bobcats’ girls golf team. 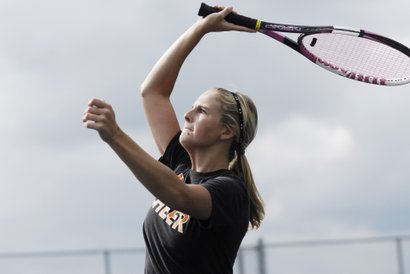 BSHS senior Hannah Hunt is one of the top returning student-athletes on the Braves’ girls tennis squad, which opened its season on Tuesday with a dual against Bishop Miege. 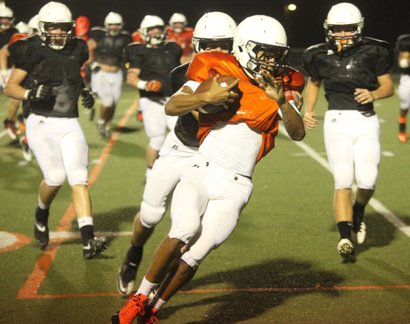 BSHS senior Jordan Jackson runs out of bounds after taking off on a scramble during the Braves' Aug. 30 preseason scrimmage. BSHS will open its season against Turner at 7 p.m. on Sept. 6. 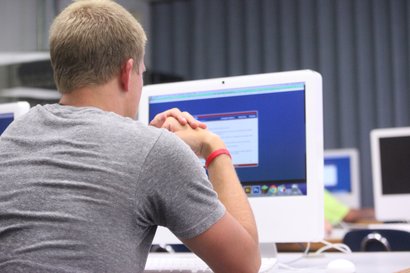 BLHS senior Tim Sanders prepares to take an ImPACT test to establish a neurocognitive baseline before the 2013 football season. The baseline would be used in the event a student-athlete suffers a head injury, in which case their cognitive skills are tested against the baseline. 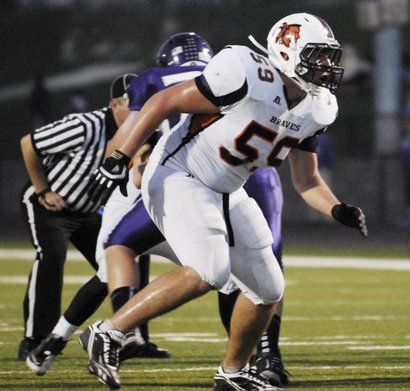