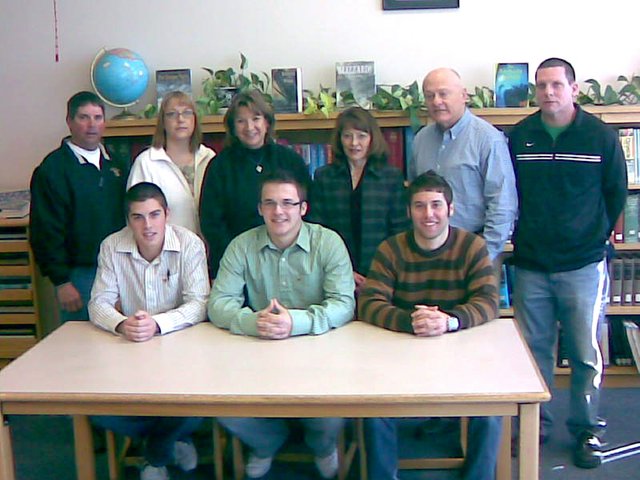 Bonner Springs soccer players (front row, from left) Clayton McCully, Michael Bille and Alex Perica signed letters of intent to play college soccer last week. McCully and Perica signed to play at St. Mary's College. McCully is the son of Brian and Diana McCully. Perica is the son of Pam and Nick Perica. Bille plans to play at Barton County Community College and is the son of Jim and Barbara Bille. The players said they were pleased with their decisions.